The Rise of the Independent Worker 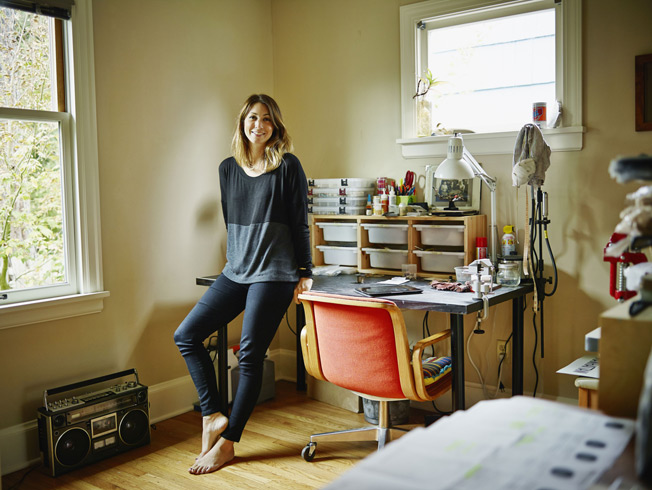 The Rise of the Independent Worker

Years ago offices looked very different. Rows of desks with the manager sitting on a raised platform keeping a close eye on everyone. Today the open plan offices speak to a new type of engaged, collaborative work (or at least it should!). But many people still chose to sit outside the traditional office structure. These workers often perform functions which are very similar to those in the office; PR, marketing, finance but aren’t part of the permanent workforce. The independent worker or self employed contractor is on the rise. 15% of the UK population is currently in self employment and Intuit are forecasting it could be as high as 40% in the US by the year 2020.

People chose contracting for many reasons. Financially it can be more lucrative with Payoneer stating that in many countries freelancers can earn more than they would be in a full time role with similar experience. They also chose it to be free from the downsides of corporate life; the politicking and jostling which can accompany a corporate career. A desire to focus on the core work at hand rather then attend interminable town halls and fireside chats.

Daniel Pink’s book “Motivation” provides some understanding as to why this is a growing trend. Pink argues that we are not motivated by short term financial gain or the familiar carrot and stick approach but rather the three pillars of Mastery, Purpose & Autonomy.

Mastery (working slightly beyond your own abilities in a way which deliciously stretches the mind and body). Purpose (working on a cause greater than yourself) and finally Autonomy. And it is autonomy which draws people to contracting life.

Autonomy is not working as a rugged John Wayne type with a survivalist tendency to rely on no one. Instead it is acting with choice, being both autonomous and happily interdependent with others.

Given the choice, as Pink argues, people like to have control over their work. That means choosing the projects they are going to work on. Managing their own schedule. Working from home a couple of days a week.

All of the above play into why people are increasingly choosing contracting not out of necessity but rather a lifestyle choice.

In the UK Timewise surveyed women who were looking to get back into the workforce. At the start of their job search all of them were looking for roles within an organization. Twelve months later 40% of them had taken the route of self-employment. Unable to find the flexibility they were looking for in corporate life they decided to create it themselves by working freelance. Need to bring a child to an assessment then you are “unavailable” that day. No need to ask anyone’s permission just block out the calendar and communicate accordingly.

Working as an independent contractor has worked out well for Lucy Murphy, WorkJuggle candidate;

“Flexible, part-time work was always my goal, the holy grail if you like. I was looking for a job that could fit around the family and still be there for school run, homework etc. Up-skilling to a Social Media Manager, has allowed me to do exactly that, working both remotely and flexibly. I don’t need to be office based, in the traditional sense, as the tools of technology, allow me to collaborate and work with clients in other cities from home, without being crippled by extortionate childcare costs or travel expenses. This is definitely #workthatworks.”

Obviously there are certain parameters within which this has to work. Your skills need to be in demand and you are able to provide them at a high standard. You are not overly reliant on one contract/ company but can move between three or four well-paying gigs. And to be very clear I am not talking about zero hour contracts in rotten warehouses in cities hollowed out by the decline of the industrial revolution. I am referring to highly skilled professionals who are thriving in the knowledge economy because their skills are in demand.

If you are a self employed contractor looking for your next role then take some time to register on WorkJuggle.com and find your next gig.