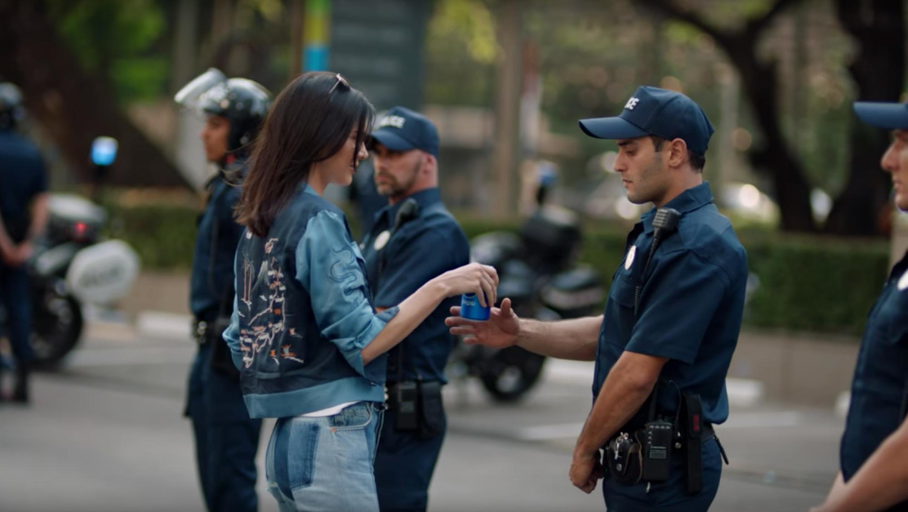 The questions everyone is asking is – how did this ad pass scrutiny? How many mid and senior level executives sat around, watched the video and thought it was a good idea? How is it possible that no one spoke up and said the ad was clearly tone deaf and offensive?

A valid question has to be; if there was greater diversity in Pepsi or to put it simply in this instance; more people of colour in the organisation at senior levels would they have approved an ad in which police brutality can be magicked away with a soft drink?

And just when you thought it couldn’t get any worse for blue-chip companies United Airlines decided to beat a paying customer and drag him bleeding off his flight. His crime? Being on an overbooked flight and a conscientious doctor who wanted to see his patients at hospital in the morning.

In both instances, social media played a critical role in shaming the company’s initial mistakes and then subsequent responses. Both Twitter and Facebook were (and still are) alight with outrage and hilarity in equal measure. In the case of United Airlines, the CEO Oscar Munoz’s initial apology was misjudged;

“I apologize for having to re-accommodate these passengers”

This clearly fails to acknowledge the violence of the situation. To re-accommodate suggests a clerical error, not someone being dragged off a plane.

The second apology was an even further fail, reporting the passenger as “ belligerent” and “disruptive”.

Munoz only seemed to realise the seriousness of the incident when United lost 1 Billion dollars worth of stock and the video was trending on Weibo in China, an important emerging market for them (United is the largest US carrier in China accounting for 20% of all flights between the two countries). In China they were asking why was it acceptable to treat an Asian man in this way? If he was a white female would he have been manhandled in the same way?

Both United and Pepsi Cola have learned an important lesson about the power of social media the hard way. As James Wallman states in his book Stuffocation;

“Because of the internet, the direction of influence and the structure of power have changed. Instead of the old, top-down system, where information and influence flowed from the top, now they also flow in other ways, from the bottom upwards and also sideways. And before, the few at the top held sway over the many at the bottom…Now, though, because of the infinite connections enabled by the web, many talk to many, those at the bottom are more powerful.”

Simply put “the bottom” of the power structure had their say and it was merciless. We are in a global world and the audience is no longer a passive consumer but an active participant. Put out an ad and expect it to be immediately critiqued and mocked if it fails to hit the mark. Get it right, expect adulation and going viral for all the right reasons.

One of the key takeaways from the last few weeks is that if organisations want to sell to the global community, they need to reflect that global community. They need to actively seek diversity from their entry level programmes to returners programmes for women. If at every stage conformity of thought and monotony of experience is encouraged then one day the CEO will be sitting at the very pinnacle of their career and realise they are making a career-limiting, brand damaging, stock plummeting mistake on a horribly public stage.

←
Previous Article
The Silo Effect: A Case for Diversity & Silo Busting
Next Article
In Defense of Part-Time Work
→