The "WorkJuggle": A Dutch Perspective 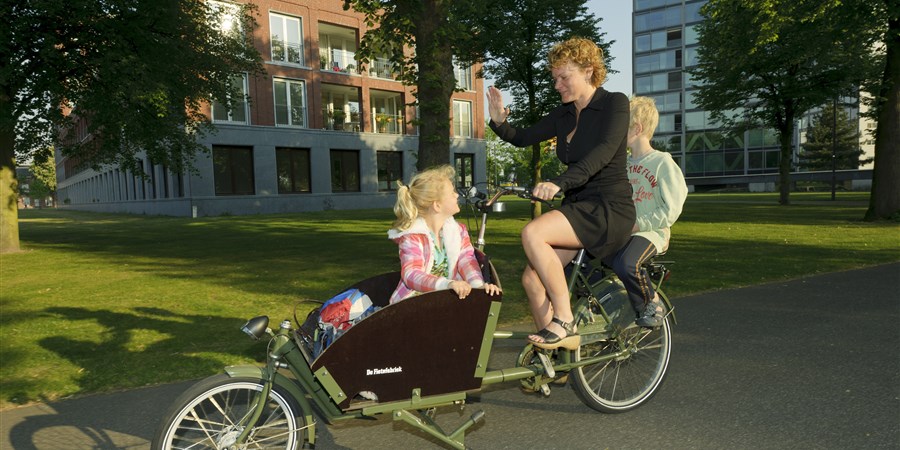 A Dutch participant at a recent WorkJuggle Re-Entry workshop was struck by how the Irish women at the event discussed work and trying to manage family committments at the same time.

Manja felt that in Holland, because of a more open attititude to flexible work there were more opportunities for women to balance both careers and family life. In Holland the female labour participation rate is 75% and in Ireland it is 59%.

Manja wrote the article below to outline how Dutch working parents manage "the workjuggle".

The four-day week career or how Dutch parents juggle.

A few weeks ago, I visited a WorkJuggle event. Partly because I was looking for a new assignment, partly because I wanted to understand why so few women in Ireland manage to create a satisfying work/life balance.

During this meeting I heard stories of women that had decided to take a package during the recession as they saw no other option to take care of their young family, I was told about the career switches to lower paid jobs that highly educated women make and I noticed the frustration in the group of all the valuable skills they felt they were no longer using. That weekend I went over to the Netherlands to spend my annual ‘girls weekend’ with my pals from university. We are all in our early fourties, we almost all have marriages and families, and we all have a career. None of us have had to take a career break to raise their family and packages are taken mostly when a new job has already been secured.

In fairness, all of my friends started to work part-time after becoming mothers. Most of them work four days per week. This leaves one day for the juggle.

And how is this possible?

A brief history of the Dutch working mother

To answer this question, I need to take you back in the history of our tiny, busy country. Surprisingly The Netherlands does not have a tradition of working women. Historians link it to the fact that Dutch men were not obliged to fight in the First and Second World War, so there was no need for women to work outside the home. After the war, up until the late Seventies, the wife was supposed to raise the children. As the cornerstone of the family, she would wait at home with a cup of tea to greet the children and listen to their stories after a school. The mother who waited at home with a cup of tea has long been a sacred thing in the Dutch society.

When I was a young, my mother wanted to keep her financial independence and worked part-time. Interestingly she chose to work on Saturdays so that my father could take care of me and my sister. I remember being very proud of my working mother, as I was one of the few children in my class to have one.

In the mid-eighties, the Dutch labour market saw a rapid increase in the percentage of working mothers. This change was partly driven by the rise in emancipation, and partly by the European Union. The EU had obliged The Netherlands to assign priority to a law that would support equal participation and equal treatment of men and women in the labour market. As a result, more and more mothers of my friends started to work on a part-time basis. And we, the children, found other ways to have a cup of tea and a chat after school. During the nineties, further improvements were made to enable mothers to get back to work. Creches were built and special education was put in place to ensure that the creche staff knew how to take care of young children. Working mothers became a cult, which soon had their own events to attend and their dedicated magazines to read. As a result, about 65% of Dutch mothers were back in the workforce by the late nineties.

Despite all the improvements over the years, most Dutch families are still run by the mothers. If needed the mother also acts as the informal caregiver of her parents. So, the need to juggle is certainly still there.

But how do Dutch women juggle?

Here is a list of the typical things we would do:

By putting these measures in place, Dutch women can get a PHD, progress in their career or start their own business, while raising a family.

All in all, this seems very beneficial to the mother. But what is in it for the hiring managers?

In 2018, about 75% of all Dutch mothers work. Mostly around 25 hours per week. Over the years a lot has changed for the better. But looking at the stories in the media and listening to my friends, we believe we are not there yet. We still believe that men should take on more responsibilities in the family and the household, we relentlessly battle against the glass ceiling and we look to the Scandinavian countries when it comes to the ideal situation.

But you would rarely meet a mother that feels her valuable skills are left unused.